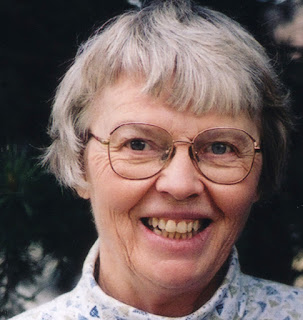 Some of my mother’s favorite books were the Oz series, written by Frank Baum. You probably know about the Wizard of Oz, the first one in the series. But Mr. Baum wrote a lot of sequels, each filled with extraordinary creatures, wild imagination and fantastical kingdoms.

It made me wonder what an imaginary country would be like if my mother were in charge.

The Empire of Jennifer or the Land of Earle would be a beautiful place. There’d be miles of unspoiled nature set aside, and plenty of parks. Colorful hand made quilts would decorate all the beds. Music – mostly folk and classical –would fill the air. We’d all be devoted readers, and there’d be a library on every corner. Swift justice and tender mercy would guide the judges.

Teachers, nurses and scholars would live in mansions. Cats would be honored with monthly holidays. Theatres, opera houses and cinemas would dot the towns, but you wouldn’t find too many stadiums, and they’d only be for amateurs who played sports for the love of the games. The cuisine would be excellent and always served on lovely china.

Some of us would have trouble adapting. If she’d had her way, we’d all have to stay trim, watch our language and mind our manners.

This land would be bright, clean and well ordered, but it above all, it would be a place where we all cared. A lot. We’d care about good stewardship, nature, friendship and family. We’d care enough to do our best at whatever we tried. But mostly, we’d care about each other. 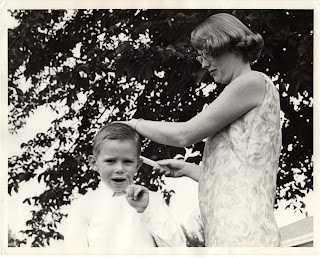 I know because I lived in that place when I was a little kid. My mom did everything she could to make that my world. And she ruled my world, first as an unchallenged-- if benevolent--queen. Later, her authority would not be so absolute, but I was happy to give her my devotion. And whatever affection and kindness I offered her came back to me, multiplied a thousand times.

Her mother, Mary Currie was born in Scotland and came to Colorado with her family as a young girl. Mary grew up in the coal country around Walsenburg and Trinidad with three brothers and a sister. Despite their modest circumstances, the Curries who wanted to go to college, did. Mary attended what was then the Colorado Teachers College in Greeley, training to be an educator.

She met her husband, Robert Glenn Earle there. Glenn was a Nebraska farm boy, a dynamo who loved poetry, politics and people. The shy girl with the lilting accent and the outgoing guy fell in love. They married pretty soon after Glenn got his degree. It was a secret wedding because they both need to teach school and the rules back then forbid both partners of married couple to teach.

And they taught. Mary took on elementary school kids. Glenn taught English coached his small town basketball team to a state championship and barnstormed the state with a poetry choir. They had a boy, Edward Nelson Earle. 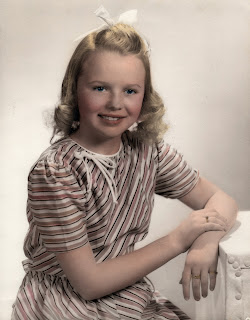 When Jennifer spoke about her childhood, it seemed as if it was always summer. Helping her daddy tend the big garden out back. Playing kick the can out front. A time of big silly dogs and listening to the funny stories her father liked to tell. Going for picnics in the mountains — all the way up to Genessee Park or Echo Lake.

It was on one of those trips to the mountains that her father died right in front of her. He suffered a massive, sudden heart attack. Glenn was 39. Mary got an office job for the Farmer’s Union insurance company. Edward started working as soon as he could, turning over his earnings from his paper route to help make ends meet. Jennifer took on the housekeeping, cleaning, cooking, mending, darning socks, washing —all when these jobs were done by hand and with elbow grease. 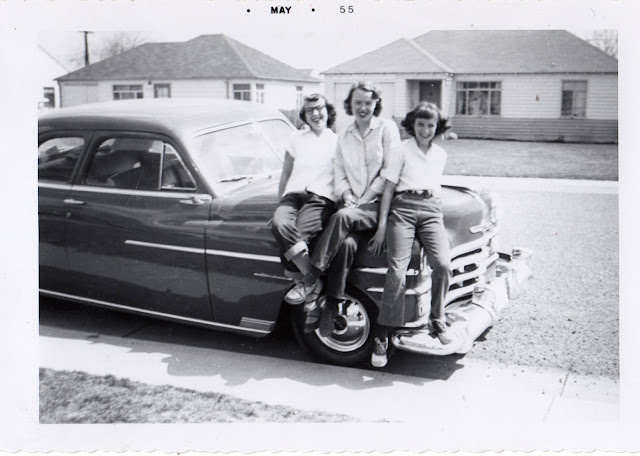 She went to Cole Junior High, and then to Manual High School. She cheered on the basketball team in Pep Club, attended the local Baptist church, took the streetcar downtown to watch Marilyn Monroe movies, discovered sausage pizza. Her best friend, Rita Roessler, had an older brother, Charles, but no one called him that. He was Sonny or Charlie or Chuck. And Chuck took her on a date to the movies.

Two weeks after she graduated from high school, they were married. She found a job as a secretary. Around this time, she was active in the Denver Friends of Folklore, a group dedicated to promoting and playing folk music. It would later become Swallow Hill, which is still going strong.

Back then, she’d volunteer at the shop, host hootenannies, and help out backstage at shows where singers such as Judy Collins and Joan Baez would perform. She even met a young Bob Dylan when he sang at the Green Spider. She would never forgive Mr. Dylan for going electric.

Once her first child, Tim, showed up, she became a full time mother. Her second child came 18 months later, a girl, Tamar. By then, her husband had started his career at the Denver Fire Department. 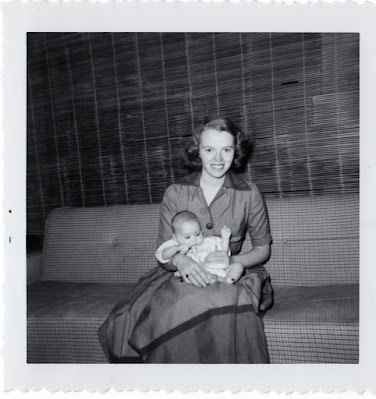 She threw herself into motherhood with all the energy and devotion she had — and she had a lot of both. Jennifer read stories to us every night. Those Oz books and Winnie the Pooh were probably her favorites, but she read us everything from Beatrice Potter to JRR Tolkien. She played games, invented games, made clothes, knitted mittens, scarves and sweaters, and prepared meals.

And what meals — Jennifer would always be an adventurous and skilled cook. Before Whole Foods existed, she’d have to special order certain cuts of meat or spices she read about in Gourmet Magazine. And then she’d whip up an extravaganza of fancy French dishes, or Swedish meat pies, or Polynesian-style pork.

We were the first on the block to have a crepe maker and a fondue pot. She even baked bread — big, thick, tasty hunks of natural goodness that we kids, brainwashed on Wonder Bread, didn’t appreciate nearly enough.

Her work didn’t end at home. She was a reliable and tireless volunteer for any organization that touched her children’s lives: A Sunday School teacher. A vacation Bible school leader.

A den mother. A Camp Fire Girls leader for eight years, as well as taking on the huge logistics of running overnight camps and day camps for girls.

She also helped run The Lighthouse, a coffee house for teenagers that her church sponsored. Every Friday night for several years, she’d pop popcorn, book bands and sweep up after it was all over.

This eagerness to serve, to help and to nurture was the hallmark of her life. Jennifer was the one you could always count on to take tickets, brew the coffee, arrange the casseroles at the potluck, and make sure everything was organized, tidy…and just right. 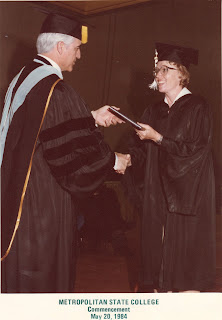 Once her children grew older, she returned to school. First, she earned an Associate’s Degree from Arapahoe Community College. In 1984, she earned her BA in English from Metro State College, and had her poems published in the college’s literary review. She would also write two full-length manuscripts. One was for children, a history of duels in Denver. The other was a short biography of Augusta Tabor, the neglected wife of silver tycoon Horace Tabor.

In 1986, Jennifer obtained a divorce from Charles Roessler, and took back her maiden name.

A few years later, she became a full-time caregiver for her mother, who’d suffered a debilitating stroke. Jennifer nursed her with care, patience and dedication until her mother passed away in 1990.

A few weeks later, Jennifer became a grandmother with the birth of Sophie. A few years later, Joseph, her second grandchild was born. Zoos, museums, playgrounds, cookie baking, and crafts making all ruled the weekends. And of course, she attended all the concerts, recitals, openings, commencements, continuations and graduations, never missing one.

Also the nineties, Jennifer landed in the billing department at St. Anthony’s.  But as you might guess, that wasn’t nearly enough for her boundless energy, She continued to take courses in all sorts of subjects. Writing, however, stayed a major focus. She participated in several creative writing groups over the years, and she ended up teaching a few classes in writing for Jefferson County. 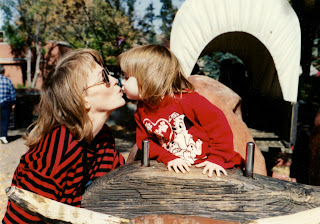 Jennifer took up quilting, which was a passion that would stay with her until she died. You can see some of her work in the reception area. Quilting suited her well, with its demands for careful sewing, organization and craft. I also think it beautifully combines thrift with art, and so matched her nature. Along with the practice of quilting, she cherished the friends she made there.

As if grandkids, classes and quilting weren’t enough, she still found time to volunteer for the Lakewood Historical Society. She earned their highest honor for the many hours of labor she donated.

In 2005, she faced ovarian cancer with stoicism and courage. In 2014, she was diagnosed with breast cancer, and she met that head on as well. In January, she received the news that cancer had come again. This time, it came to stay. After intense suffering, she passed away peacefully from pneumonia.

Jennifer was always proud of her red hair, and she had the temperament that redheads are supposed to have. Fiery, proud, passionate, intense. She had a temper that could be fierce, but usually with good cause: cruelty, injustice, or incompetence could all raise her ire. For one so careful, she found carelessness of any sort deeply disgraceful. 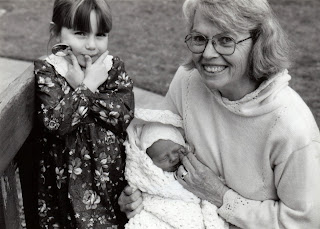 She was a woman who hated waste of any kind. Not of money, certainly. But not of time, either. Jennifer always had a book in her purse so she could read while waiting. She always had an audio book ready to go in the car, because why lose the time just driving when you could learn something new? Even while watching TV, she’d knit, or crochet or maybe sneak in a little sewing.

The flip side of that was Jennifer’s generosity — with her time, her attention and, for a surprisingly long list of good causes, her money.

I’d like to tell you about the last real conversation I had with her, a few days before she passed, because it sums her up so well.

She said she had a secret to share: That she daydreamed. And once she was finished with this cancer, she planned to go to Tuscany with Sophie. So she was imagining what it would be like. She’d visit a vineyard, and she’d buy a case of the wine, some white wine for her brother because it was so delicious and because he’d love that. And she and Sophie would drink red wine on the hillside. The son of the winemaker would fall in love with Sophie, of course. And that evening, they would go to the opera, and hear the most beautiful music in the world.

Jennifer made her own beautiful music in this world. The songs she sang in the kitchen or played on the turntable. The music of fabric and stitches, of her smiles and her touch.

It’s a music that will be remembered by everyone who knew and who loved her.